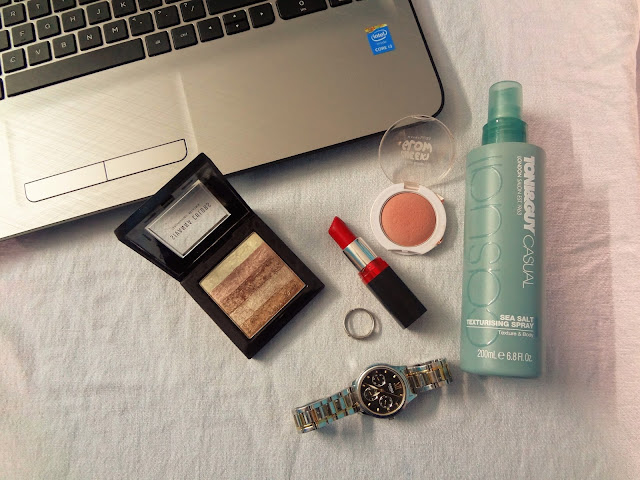 Hello people,
Summer is certainly here, especially in Delhi. The weather had gone humid and it rained too few days back. For summers, well actually for the entire year, I like my hair slightly textured and wavy. I use multiple natural means so as to sustain within them the texture and if you wanna know about various ways of creating the same, then comment down below; I’d do a separate post of it if you guys want me to. This is what made me earlier invest into BBlunt High Definition Curl cream. I have reviewed the same quite some time back. If you want to check that review out, here’s the link- 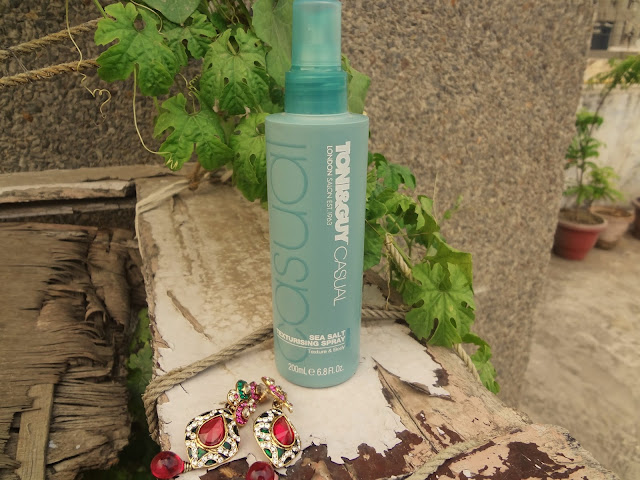 I had my eyes glued onto Tony & Guy’s Sea Salt Texturizing spray for quite a long time and it had raved reviews from various bloggers. Nykaa currently has its Summer Sale going on and a lot of good products are now available there on reduced rates. The bill which I received with the package states the retail price of this product is INR 1050/- and at sale it was available for INR 630/- but since I ordered it on COD, I had to pay 50 bucks extra. I wish they would clearly excavate the delivery charges post INR 500. I received the package comparatively quickly this time; last time when I had ordered the Maybelline the Nudes Palette, it took roughly a week. The package was bubbled wrap but there appeared slight dust on the top of the product which was little disappointing but the excitement of the product made me over come that too soon. 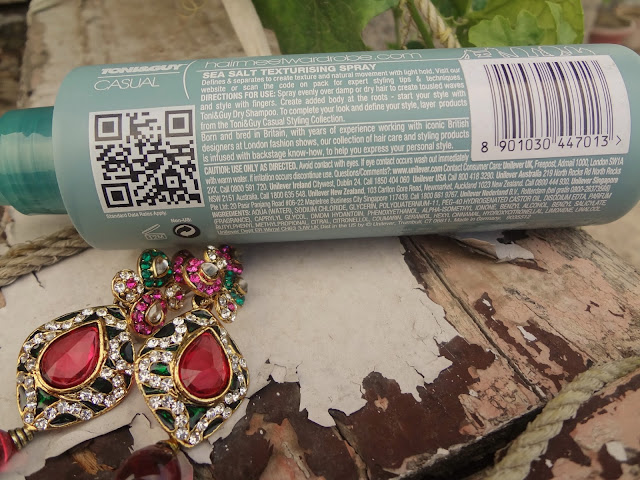 Tony & Guy Sea Salt Texturizing spray comes in a plastic muted blue spray bottle and the labelling is done in blue and white. The bottle is matte in texture and the only negative point that I encountered was that the cap which settles on the area from where the bottle spritzes its content, does not tightly shut close. This could definitely be an issue if you are travelling with the product. 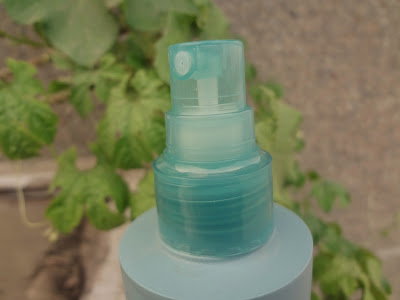 The fragrance of this product is clearly heavenly and it remains into the hair for quite some time and by the end of the day it slightly lingers on, only if you sniff hard onto the strands of your hair. There are directions mentioned onto the bottle as per which it can be used on damp or dry hair. I’ve tried it twice on my hair and I’ve realized that if you just use it on damp hair and scrunch your hair, it does give texture but it is not that great. In comparison, while using Bblunt Curl defining cream, I just had to scrunch my hair a little and it would give me soft waves. By now I observed that if you really wanna use Tony & Guy Texturizing spray, then the best means would to use it post night hair wash and then tie your hair into bun or braid and in morning you’d comparatively have more texture. I haven’t as of now tried it with hair dryer because I’d rather not indulge into damage from heat and besides, it’s already too hot outside. *LOL*

March 23, 2019
Shedding away all my laziness 😂😂
Here I am today, scribbling a blog post on one of my recent makeup purchases from the brand Sugar Cosmetics. In case you guys don’t know, I was awestruck by makeup hoarding addiction again and ended up buying more than what I initially intended. Although I had my eyes glued on their Smudge Me Not Lipstick in the shade Wine & Shine (Sangria), I also managed to pick up their much-hyped Ace of Face Foundation Stick! This particularly base product was first launched with 6 shades but now they have introduced 22 shades that will go absolutely well with almost all Indian skin tone. And no, that isn’t just a false claim like another well known Indian brand which we’ve seen since our childhood.
Let’s dive into the review without any digressions!
About Sugar Ace of Face Foundation:
Make dreamy skin a reality in one simple step with the Sugar Ace of Face Foundation Stick. Lightweight, creamy and beyond easy to blend, its long-wearing formula offers coverage t…
2 comments
Read more

October 03, 2019
It’s that time of the month again when a courier filled with surprises reaches my door and my skincare and makeup collection feels proud to add another family member. Being a lifestyle and beauty blogger, I already own a lot of these products, most of which don’t even get a chance to be utilized on a regular basis. Nonetheless, there are days when I keep myself going in life by looking forward to trying out new things. #BreakingTheMonotony
In case you’re still wondering, I’m talking about getting my Fab Bag subscription. A new month always brings the joy of receiving a completely different bag, which is based on a completely unique theme. Since October is here, the month of Indian festivities and my birthday (06th October), I was genuinely looking forward to seeing what all is there inside the Festive Fusion October Fab Bag! If you too are wondering if you should order yourself this month’s Fab Bag or subscribe to probably a long term subscription, then stay hooked because I’ve also go…
Post a Comment
Read more