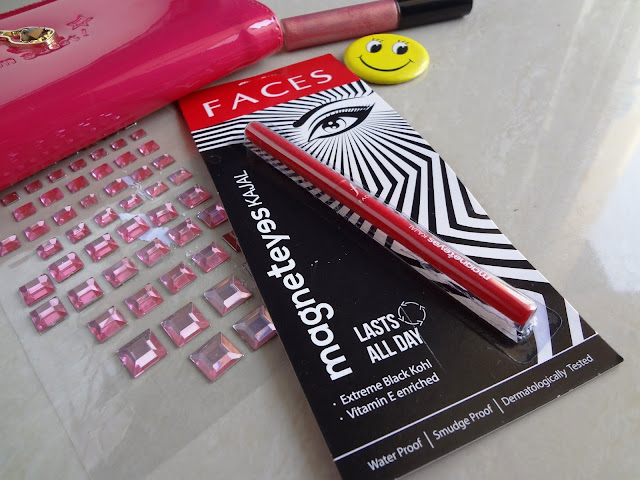 When Maybelline launched its Colossal Kajal, I felt deceived. I dearly love Maybelline but the intensity of blackness that was shown in advertisement varied from the actual product. Plus at price of Rs 199, I wouldn’t buy a Kajal that did not fulfill its claims. Kajal, one of first vanity product of every single girl, shouldn’t be too pricey. Since then I never bought Colossal Kajal. Kajal makes my eyes small so I clearly stay away from them now, but I did have used them during my school days. 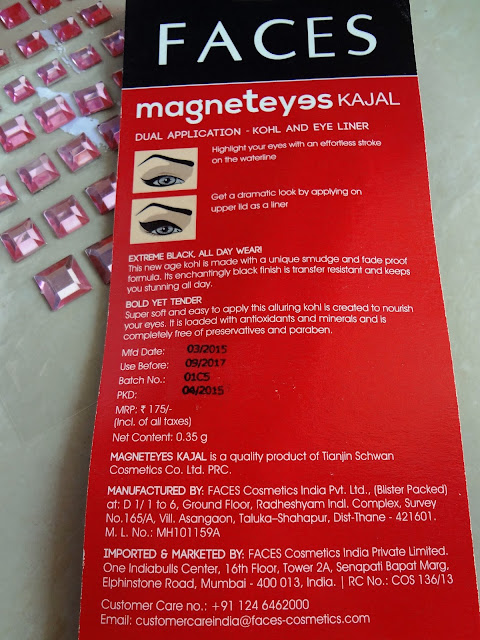 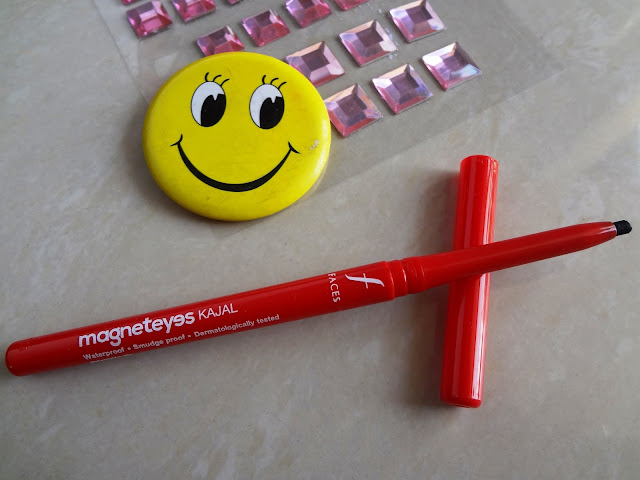 The kajal comes in red twist up packaging. When the name mentioned- ‘magnet’, I thought the kajal would have a cap with magnet on it which would close it quickly. After first day of its trial I realized that it is referred as “Magnet Eyes Kajal” because of its strong hold over eyes, i.e. the staying power. This Kajal has an amazing staying power. I wore it for more than 6 hours and after I came back home it still did not bugged or faded! It could have stayed longer but since I wanted to test its water- proof potency, so I washed my face. With water also it did not melted away, neither did it when I used a smudger brush :D Yes I used a smudger brush before I washed my face and the kajal rebelled against my actions. The line precision blurred minutely (if you scrutinize your eyes in mirror) but it still did not smudged. Only after I applied face wash and rigorously rubbed it on my eyelid, then it loosened its grip over my eyes! 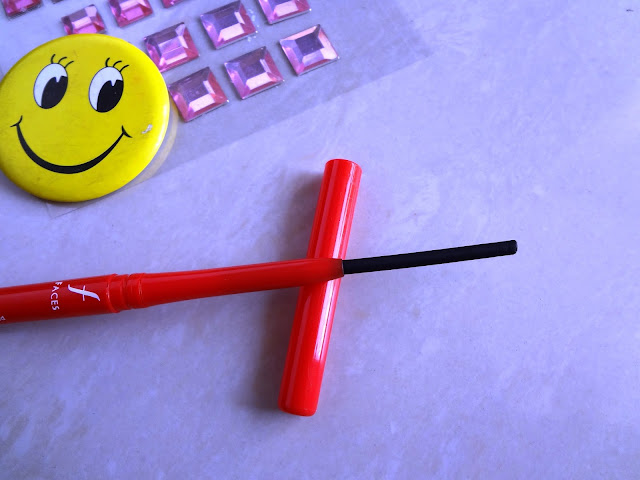 The texture of this kajal is buttery soft, so you do not need to put pressure while applying. Coming on to the claims that company made, yes it does fulfill them all except the all day long claim; but then who needs it for a full day? More than six hours is a good staying capability, besides I was the one who removed it, so perhaps it would have lasted for more. In all it is a great product and worth buying. The intensity is definitely better than Maybelline Colossal Kajal. 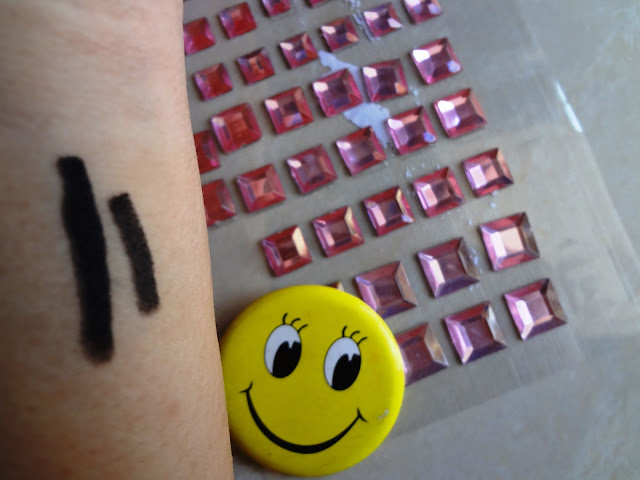 P.S. the formula of this kajal is not shiny and super intense.


(I guess I am not that lenient in terms of rating. Thank God I did not opt for a career in teaching.) LOL

Until Next Time,
Take Care <3

August 15, 2018
"Yesterday I was clever, so I wanted to change the world. Today I am wise, so I am changing myself."
Hi Guys, Welcome back to the Glistening Lane ✨
When I started my journey as a blogger, I shied away from being captured in pictures. For some odd reason, I was always missing from school pictures, group pictures and a lot of other pictures. On top of that, my introvert personality stopped me from doing outfit posts on a regular basis. So until now, majority of my blog pictures revolved around flatlays and product photography. #ComfortZoneAtItsBest 😂

In fact, my phone’s memory contains more pictures of flatlays than it has of me. This is also one of the reasons why my WhatsApp DP stays without a picture. P.s. no, I haven't blocked you 🙈

Now that I feel that I’ve improved a lot in terms of my flatlay photography, I incurred a realization that aesthetics of picture touches a top notch when there’s human element incorporated. Not necessarily my face but probably my hand, hair …
2 comments
Read more